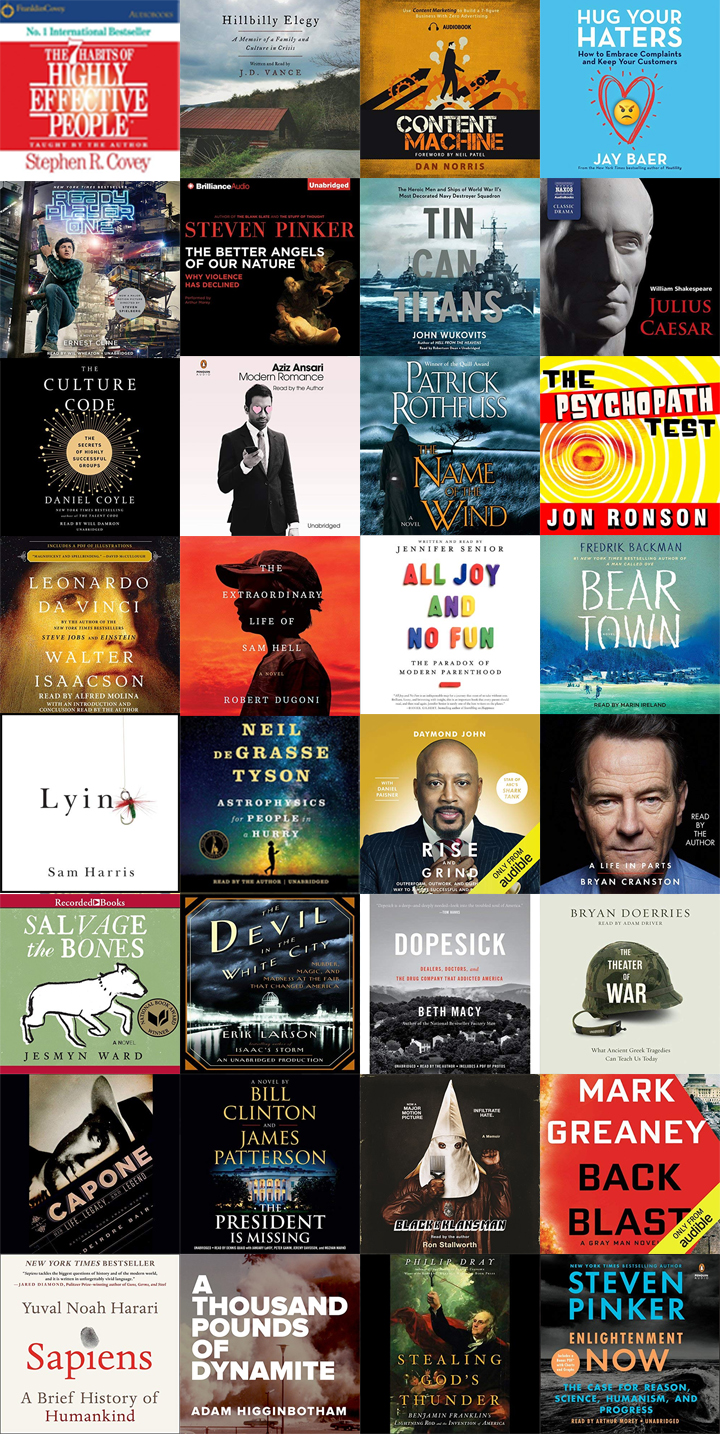 In nearing the end of 2018, it is time to list all the books I’ve consumed this year.

It’s been another great year for books! I’ve learned so much. I’ve also been able to indulge in a few guilty pleasures along the way, including fiction action thrillers such as Back Blast by Mark Greaney and The President Is Missing by Bill Clinton & James Patterson.

Notably, it was fun to read Ready Player One by Ernest Cline and compare the release of the movie, directed by Steven Spielberg. As is commonly said, the book was better than the movie, but only slightly.

As ususal, I’ve spent a lot of time studying interesting historical characters / stories. Some notable include Leonardo daVinci in Walter Isaacson’s biography, Ron Stallworth in his story of being a black man and acting as a Klansman, and two Chicago based frightening personalities of H. H. Holmes and Al Caponi in The Devil in the White City by Erik Larson and Al Capone by Deirdre Bair.

The other category of my focus has been on science and analysis. My introduction to Stephen Pinker (thanks to recommendations from Bill Gates) has been a great way to become grounded in the amazing reality of our time and the pace of postitive improvement in life for humans. Notable are also Neil deGrasse Tyson’s Astrophysics for People in a Hurry and Lying by Sam Harris.

Of course, I’ve been also keeping up on many podcasts in addition to all the books & audiobooks. Here is a quick listing of my current favorites:

Now, without further adieu… my 2018 Reading / Listening Book List (listed in my reading order starting from most recently completed):